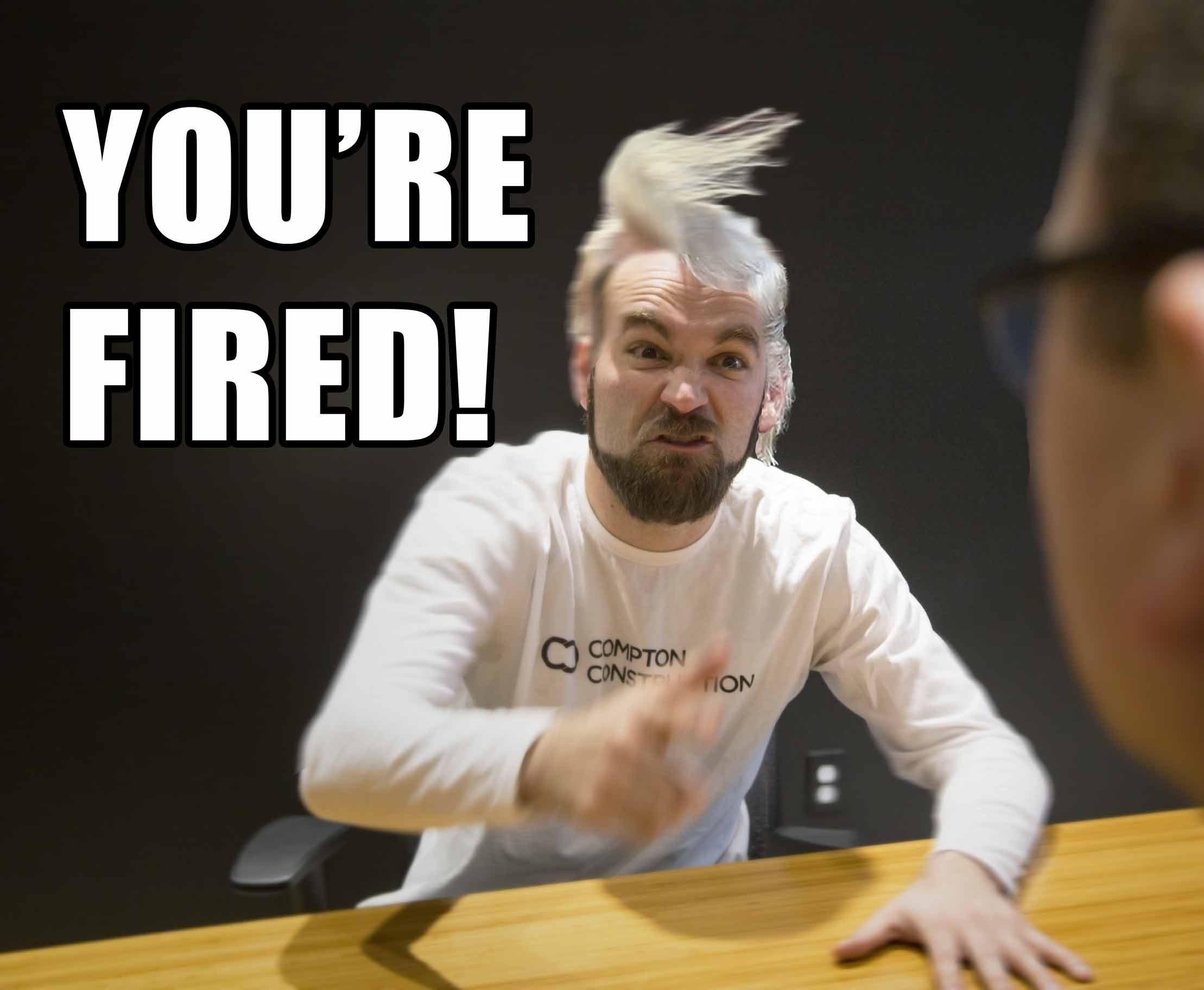 April 1, 2016 – Marketing Director, Adam Koons was fired on Friday after posting a series of April Fools Day related articles on the company website (see the articles here). Blake Compton, CEO said the posts were off color, unprofessional and dishonest.

“There is no room for fun or entertainment in business. This is a ‘hUGE’ problem!” commented Blake.

The posts were just the final nail in the coffin after several prior warnings.

Blake further stated “I had to free up some costs so I could buy tickets for the crew games this year. Sometimes you just have to let a person go.”

Adam was seen leaving the Compton Construction office carrying a box full of marketing awards, and reclaimed lumber. He refused to comment.