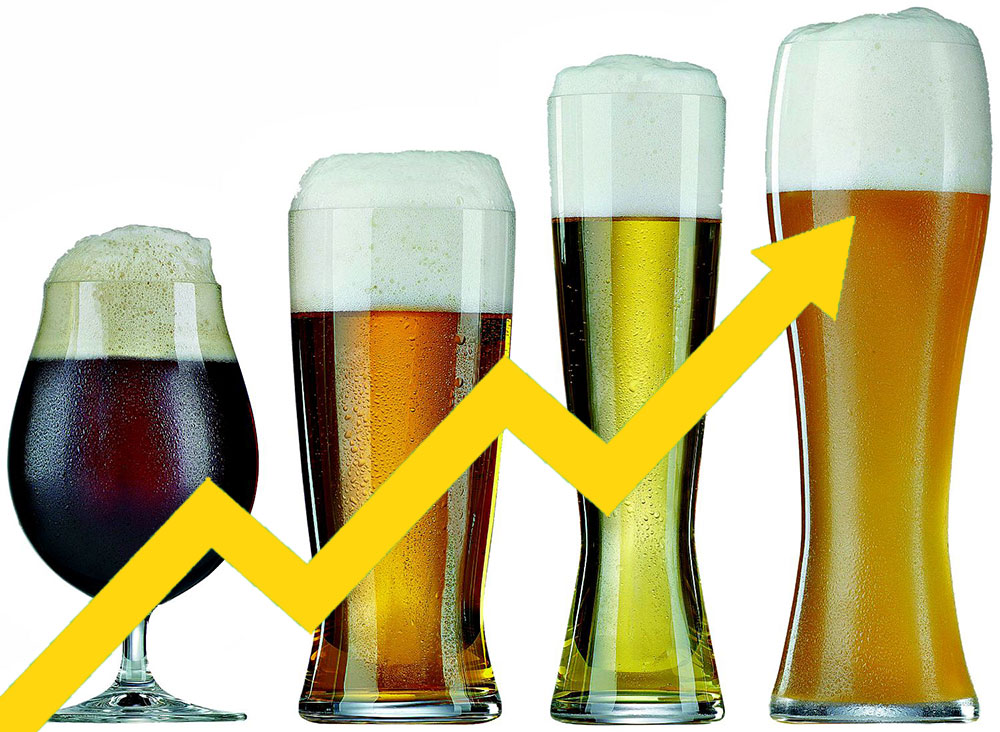 In case you missed it, Nielson recently released a study about the growing local craft beer movement that is happening nationwide. The article summarizes the trends of craft beer drinkers and where the growth is happening in the US. At Compton Construction, we agree with the craft beer trends happening, and feel that we are an important part in the growth in our local Columbus market.

The Nielsen study shows that locally crafted beverages are important for all alcohol groups (beer, wine and spirits), but it is most important to deer drinkers, with more than half of 21-34 year old’s preferring local craft beer. This is no surprise with the rise in local breweries and the increased availability for  craft beer. Breweries are becoming popular destinations for young professionals, many of which have a nice paycheck, and no kids or mortgages. Breweries are becoming the go to places to hangout and take in the night life. Major chain restaurants and entertainment venues have even joined  the fun by offering locally crafted beer to their visitors.

“Craft Beer is a Staple out West and Growing Across the Country” – We can confirm that!

The west is leading the way when it comes to locally crafted beer. Cities like Portland and Seattle have way more options for local breweries than cities like Columbus and Cleveland. However, the Midwest is rapidly growing, and notable trends are happening. In Columbus, we are starting to see home brewers take their hobbies to the next level and opening doors to consumers. Some are starting smaller with a select tap offering that might evolve seasonally, but is centered in their tap room, while others are growing to both a tap room and distributed sales around the area.

Regardless of the Brewery strategy, check these stats out, comparing Columbus, OH to Portland, OR (Stats gathered from Beeradvocate and a Google search for population data).

These statistics show that Columbus is a prime area for new craft brewery growth. Our city has 200,000 more people than one of the biggest craft beer cities (Portland, according to Craft $ Share in the Nielsen report), but 33 less breweries. Growth will continue to trend in Columbus!

We believe that the brewery market will continue to grow in the Columbus area and beyond. Brewing beer isn’t easy. Opening a new business is hard. It takes guts and passion.

We have been working in the industry for the last few years and witnessed first hand, the amount of people pouring into the industry. At Compton Construction, we have built breweries large and small, worked with both production facilities and small brew houses. Our clients that have been first time business owners have experience success in the craft beer movement and called us back in for expansions. We believe that Compton Construction will be a critical vehicle in the expansion of the industry in the growth coming to Columbus in the years ahead.

We have a team that we believe are experts at building breweries. We don’t claim to know everything about building a breweries, but can say we know a lot as the most experience brewery builder in Columbus.

Interested in talking about breweries over a pint of craft beer?

Meet For A Cold One