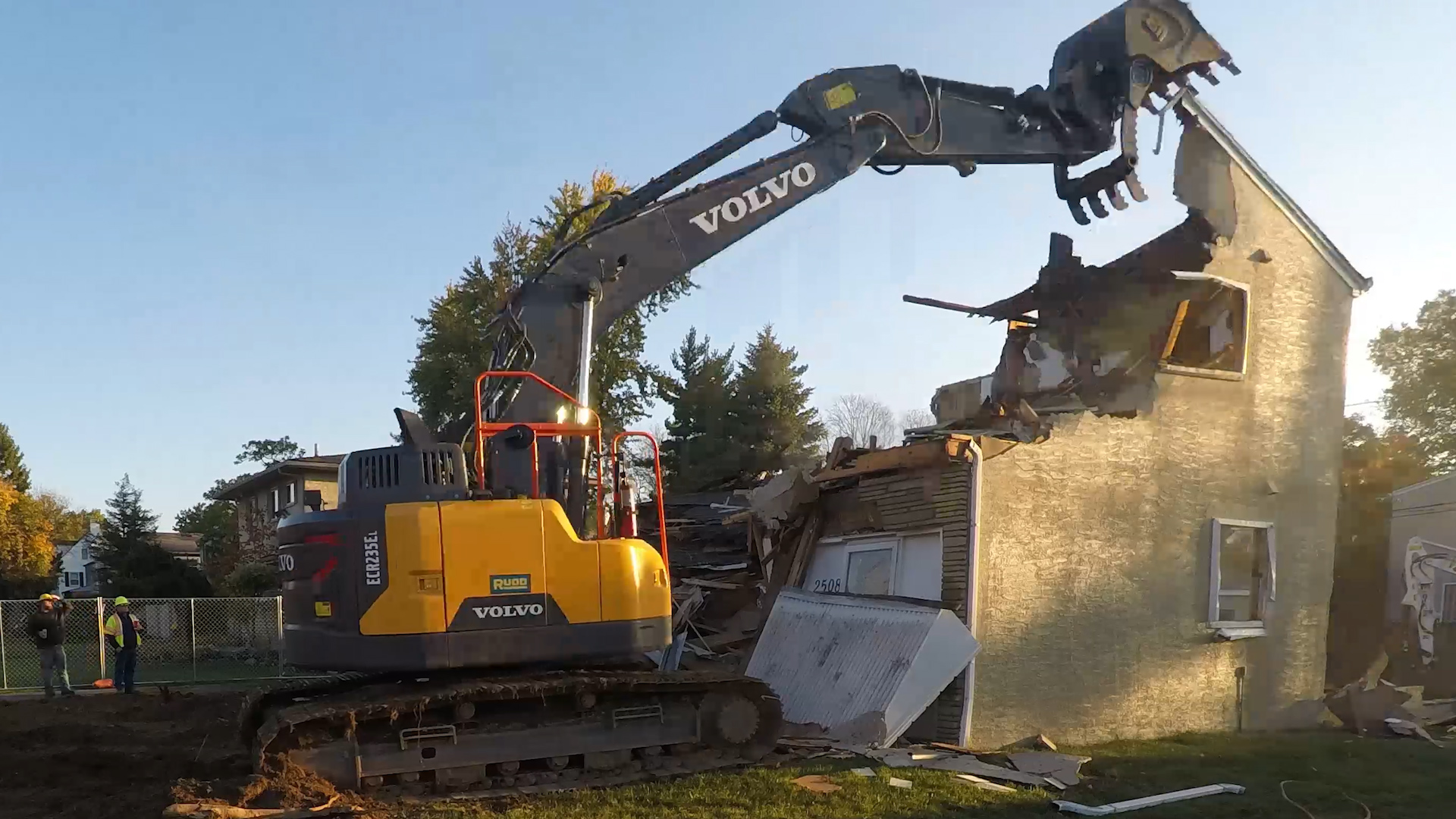 Sometimes construction requires a little destruction when we have to tear down to build up. That was the case for our Ohio State Bank project in Upper Arlington. We worked with N&W Excavating to safely and efficiently remove a neighboring house.

Watching the big excavators work reminds you of a life-size sandbox with a big kid playing with his excavator. At times when it looks like he’s just playing in the dirt, Nate at N&W explained he’s actually just relocating the salvageable top soil before it gets contaminated with debris. When it looks like they’re splashing water, they’re actually keeping any demo dust at bay with a layer of moisture.

Check back in on the Ohio State Bank project later and we’ll show you how it turns out!